The Building of a Nest, Part 2 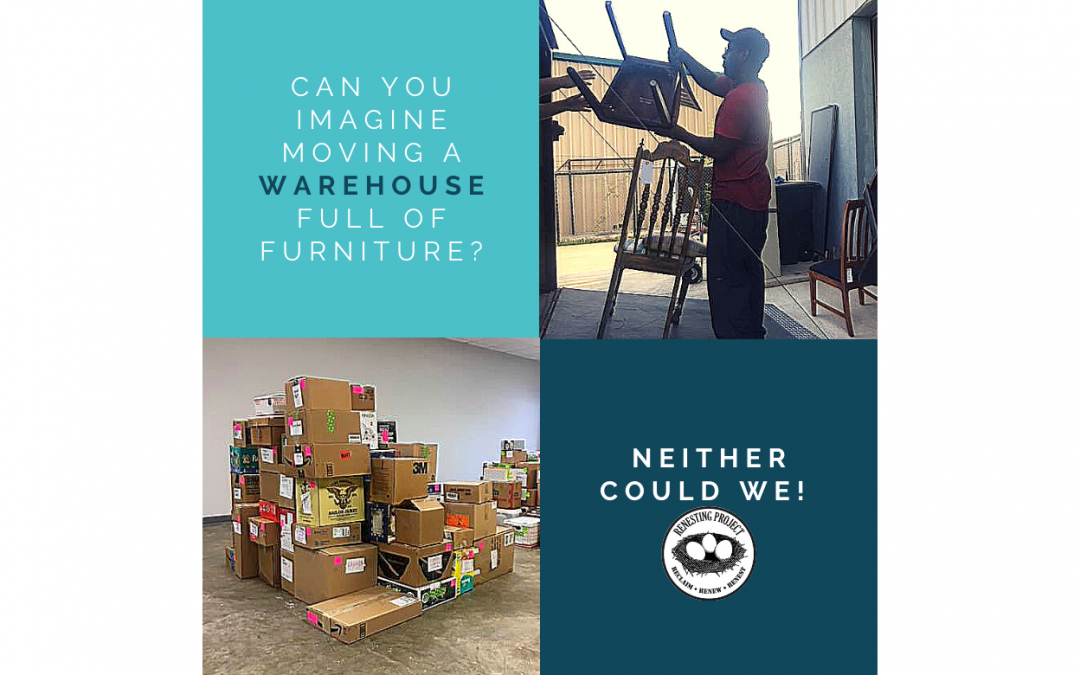 Close your eyes and imagine the stress, frustration, and pressure of moving day. Packing everything you own, trying to stay organized, struggling to move your bigger pieces of furniture, losing track of where you put the tape, the scissors, or the screws to put your dining table back together. You could scream!!

Now imagine the sun rising and seeing a fleet of volunteers and pick-up trucks on the horizon, clad in tennis shoes, and equipped with trailers. 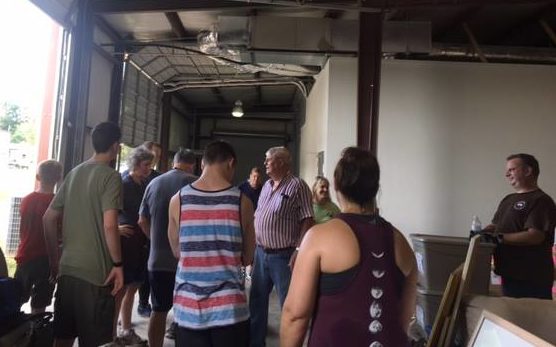 A group of volunteers in the new warehouse, resting for a moment.

That’s exactly what happened August 12th, 2017, also known as Warehouse Moving Day. The planning and construction were all done and now it was time to literally pack ’em up and move ’em out.

Our moving day volunteers were of all different ages, genders, abilities, and races. Some had been volunteering regularly for years, others every now again. Some had served on the board the year previously, others were current (and even future!) board members. The day went on like a well-oiled machine. Volunteers, board members, and all sorts of friends of the Nest, from all corners of our community, worked together as if they were seasoned colleagues.

That is the magnificent power of our volunteers.

For more pictures from this amazing day, check out the Warehouse Moving Day Facebook Gallery!

Comment Below:
Were you there when we made the big move? What do you remember about that day?